You are here: Tour1 / General 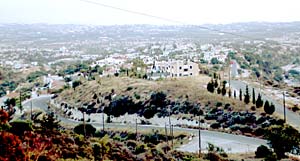 The village Tala is found in the district of Pafos, at a distance of 8 kilometers north of the city of Pafos, within a magical natural environment. In regards to transportation, the village connects to the monastery of “Agios Neofytos” in the northeast (about 2 kilometers), which is within its administrative boundaries. In the south it connects with the village Emba (about 4 kilometers) and from there on with the city of Pafos.

The village is built at an average altitude of 280 meters. It has a general tilt from the northeast to the southwest and the altitude ranges from 150 to 600 meters.

Tala receives an average annual rainfall of about 520 millimeters; grapevines (wine-making and table grape varieties), citrus fruits (orange trees, lemon trees), locust, olive, almond, and walnut trees, cereals, forage plants, vegetables, and a few banana trees are cultivated in the region. As far as stockbreeding is concerned, it is limited. 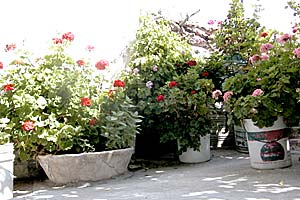 The village is placed in the area of the underground water stratum of Pafos. Quite a few drills have been dug in its region, contributing to the irrigation of considerable tracts of land. Tala is also included among the villages that have benefited from the irrigation project of Pafos with the irrigation of a range of 40 acres of land by the Asprokremmos dam. 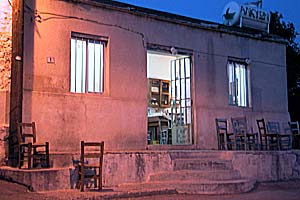 The village is not mentioned in mediaeval sources. However its name is considered to originate from the era of Frank domination, from the surname of a large and wealthy family, that of the D’Avila family. This family is mentioned as “Tavila” by the Cypriot mediaeval chronographers. It is believed that the surname Tavila gave the village its name.

Tala is not mentioned as belonging to the D’Avila family by the sources. However it is probable that it was a property of the family since some members of it possibly owned it, such as Francesco D’Avila that Masse Latri mentions as one of the richest noblemen in Cyprus, or Peter D’Avila who –in 1473 –became Lord Chamberlain of Cyprus and took land properties in the district of Pafos, or even Anthony D’Avila who served as Governor of Pafos. 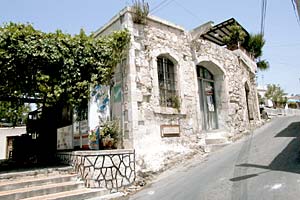 An important mediaeval monument of the village is the church of Agia Ekaterini (St. Catherine) of the 15th/16th century. Besides, quite close to the village stands the monastery of Agios Neofytos, which certainly had a significant influence on various sectors in the whole life and activity of the village.

South of the village there are indications for the existence of an archaeological area from the Prehistoric times.

Tala began, during recent years, to develop in terms of tourism and housing. Tourist villages and country houses have started to operate in its region. 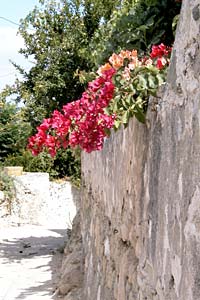 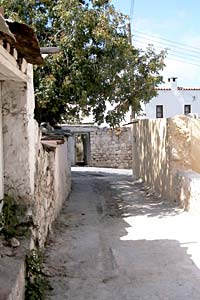 The panoramic view that combines sea and mountain, the amazing climate that it offers, and the simplicity of the region’s inhabitants were the main characteristics that led to the development of tourism in the community of Tala.

After the 1974 Turkish Invasion, the development of tourism in the region began. Houses, villas, and tourist villages began being built throughout the administrative range of the community and as a result Tala has today been converted to a -basically -tourist village.

In recent years, the value of the land in the community’s region has risen to high levels due to the existing great demand in the land market.

The Primary School of Tala first operated in its present location in 1992. Its construction was funded by the Holy Bishopric of Pafos, the Holy Monastery of Agios Neofytos, the Church of Agia Aekaterini in Tala and the residents of the community. It is built on a prominent spot, enjoying a panoramic view of the sea. 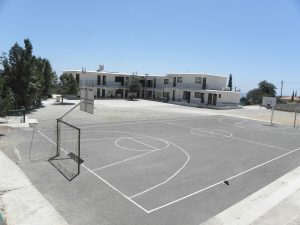